The dire situation for all the pangolin species because of their consumption in China and Vietnam has now been reported in an article in Time Magazine.  The recent seizure in Hong Kong at the end of May 2014 of over 1 tonne of pangolin scales from Africa which it mentions highlights the rapidly growing threat to the African species. Press Releases coordinated by the African Pangolin Working Group have been issued in South Africa, Zimbabwe and Namibia. Our Namibian version is below:
As a postscript, a further shipment of African pangolin scales was seized in Hong Kong on June 16th 2014. 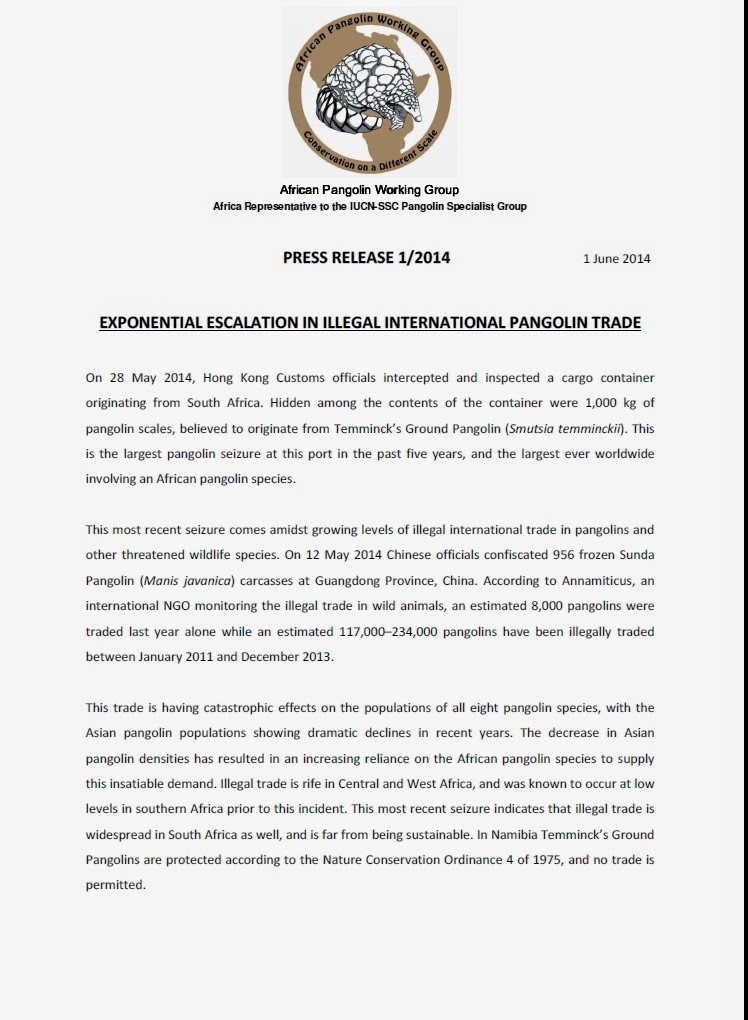 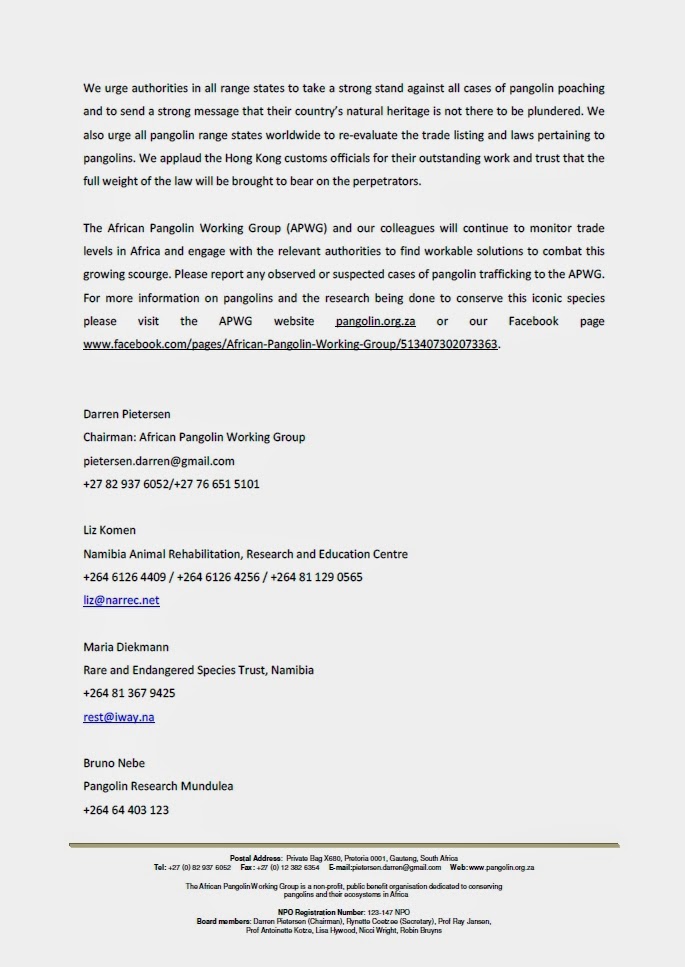