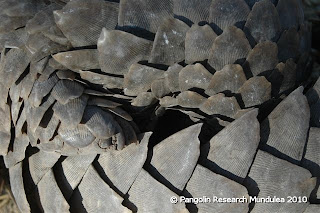 The technical problems in designing a tracking solution for pangolins include:
Posted by Bruno and Paul at 15:25